>> Linkage Analysis for Your VoC Program – Free Paper by bobehayes

>> The Practice of Customer Experience Management: Paper for a Tweet by bobehayes

>>
IoT spend to smash through $1trn mark soon, despite all the failures – Siliconrepublic.com Under  IOT

The Future of the Professions: How Technology Will Transform the Work of Human Experts

Fix the Culture, spread awareness to get awareness
Adoption of analytics tools and capabilities has not yet caught up to industry standards. Talent has always been the bottleneck towards achieving the comparative enterprise adoption. One of the primal reason is lack of understanding and knowledge within the stakeholders. To facilitate wider adoption, data analytics leaders, users, and community members needs to step up to create awareness within the organization. An aware organization goes a long way in helping get quick buy-ins and better funding which ultimately leads to faster adoption. So be the voice that you want to hear from leadership.

Q:How would you define and measure the predictive power of a metric?
A: * Predictive power of a metric: the accuracy of a metrics success at predicting the empirical
* They are all domain specific
* Example: in field like manufacturing, failure rates of tools are easily observable. A metric can be trained and the success can be easily measured as the deviation over time from the observed
* In information security: if the metric says that an attack is coming and one should do X. Did the recommendation stop the attack or the attack never happened? 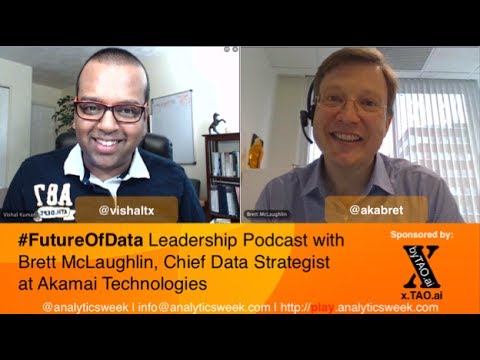 I’m sure, the highest capacity of storage device, will not enough to record all our stories; because, everytime with you is very valuable da 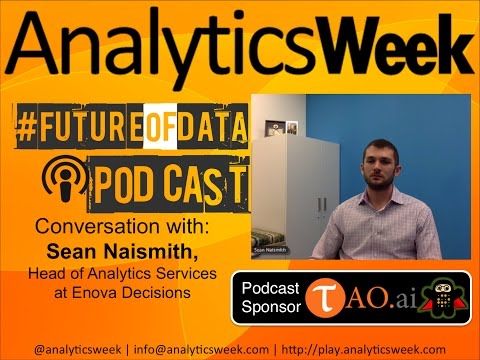 29 percent report that their marketing departments have ‘too little or no customer/consumer data.’ When data is collected by marketers, it is often not appropriate to real-time decision making.

Data Have Meaning
We live in a Big Data world in which everything is quantified. While the emphasis of Big Data has been focused on distinguishing the three characteristics of data (the infamous three Vs), we need to be cognizant of the fact that data have meaning. That is, the numbers in your data represent something of interest, an outcome that is important to your business. The meaning of those numbers is about the veracity of your data.

Q:How to clean data?
A: 1. First: detect anomalies and contradictions
Common issues:
* Tidy data: (Hadley Wickam paper)
column names are values, not names, e.g. 26-45
multiple variables are stored in one column, e.g. m1534 (male of 15-34 years old age)
variables are stored in both rows and columns, e.g. tmax, tmin in the same column
multiple types of observational units are stored in the same table. e.g, song dataset and rank dataset in the same table
*a single observational unit is stored in multiple tables (can be combined)
* Data-Type constraints: values in a particular column must be of a particular type: integer, numeric, factor, boolean
* Range constraints: number or dates fall within a certain range. They have minimum/maximum permissible values
* Mandatory constraints: certain columns cant be empty
* Unique constraints: a field must be unique across a dataset: a same person must have a unique SS number
* Set-membership constraints: the values for a columns must come from a set of discrete values or codes: a gender must be female, male
* Regular expression patterns: for example, phone number may be required to have the pattern: (999)999-9999
* Misspellings
* Missing values
* Outliers
* Cross-field validation: certain conditions that utilize multiple fields must hold. For instance, in laboratory medicine: the sum of the different white blood cell must equal to zero (they are all percentages). In hospital database, a patients date or discharge cant be earlier than the admission date
2. Clean the data using:
* Regular expressions: misspellings, regular expression patterns
* KNN-impute and other missing values imputing methods
* Coercing: data-type constraints
* Melting: tidy data issues
* Date/time parsing
* Removing observations 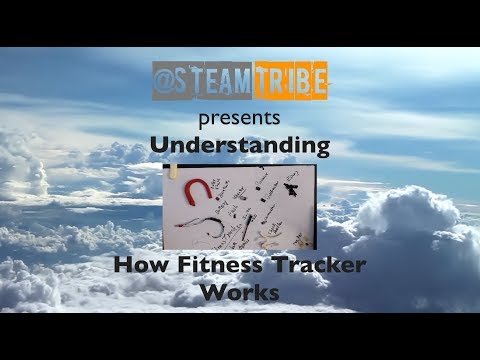 Getting information off the Internet is like taking a drink from a firehose.  Mitchell Kapor

In that same survey, by a small but noticeable margin, executives at small companies (fewer than 1,000 employees) are nearly 10 percent more likely to view data as a strategic differentiator than their counterparts at large enterprises.

>> The intersection of analytics, social media and cricket in the cognitive era of computing by analyticsweekpick

The Master Algorithm: How the Quest for the Ultimate Learning Machine Will Remake Our World

Strong business case could save your project
Like anything in corporate culture, the project is oftentimes about the business, not the technology. With data analysis, the same type of thinking goes. It’s not always about the technicality but about the business implications. Data science project success criteria should include project management success criteria as well. This will ensure smooth adoption, easy buy-ins, room for wins and co-operating stakeholders. So, a good data scientist should also possess some qualities of a good project manager.

Q:Do you know a few rules of thumb used in statistical or computer science? Or in business analytics?

Rule of three (Economics):
– There are always three major competitors in a free market within one industry 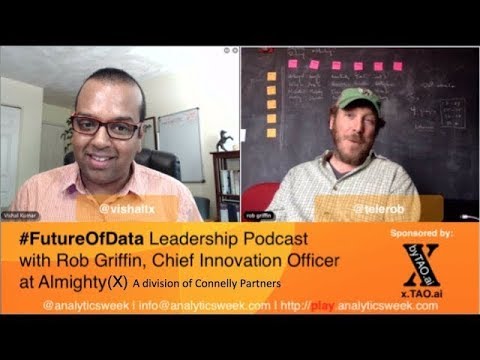 Sports and data analytics are becoming fast friends, and their relationship is a topic Iâve explored before. Another example I recently came across is how the U.S. womenâs cycling teamÂ used analytics to leap from underdog status to silver medalists at the 2012 London Olympics.

The team was struggling when itÂ turned to Sky Christopherson for help. Christopherson was a former Olympian cyclist and broke a world record in the over 35s 200m velodrome sprint a decade after retiring as a professional athlete. He had done this using a training regime he designed himself, based on data analytics and originally inspired by the work of cardiologist Dr. Erik Topol.

Christopherson developed the Optimized Athlete program after becoming disillusioned with doping in the sport, putting the phrase âdata not drugsâ at the core of the philosophy. He put together a set of sophisticated data-capture and monitoring techniques to record every aspect affecting the women athletesâ performance, including diet, sleep patterns, environment and training intensity. However, he soon realized the data was growing at an unmanageable rate.

This prompted him to contact San Franciscoâs data analytics and visualization specialists Datameer, which helped to implement the program. Datameerâs CEO, Stefan Groschupf, himself a former competitive swimmer at a national level in Germany, immediately saw the potential of the project. Christopherson said âThey came back with some really exciting results â some connections that we hadnât seen before. How diet, training and environment all influence each other â everything is interconnected and you can really see that in the data.â

The depth of the analytics meant that tailored programs could be tweaked for each athlete to get the best out of every team member. One insight which came up was that one cyclist â Jenny Reed â performed much better in training if she had slept at a lower temperature the night before. So she was provided with a temperature water-cooled mattress to keep her body at an exact temperature throughout the night. âThis had the effect of giving her better deep sleep, which is when the body releases human growth hormone and testosterone naturally,â says Christopherson.

Big Data enables high performance sports teams to quantify the many factors that influence performance, such as training load, recovery, and how the human body regenerates. Teams can finally measure all these elements and establish early warning signals that, for example, stop them from pushing athletes into overtraining, which often results in injury and illness. The need to train hard while avoiding the dangers of injury and illness is, in Christophersonâs opinion, the leading temptation for athletes to use the performance-enhancing drugs (PEDs) which have blighted cycling and other sports for so long.

Christophersonâs system has not been put through rigorous scientific testing but it seems to work fairly well based his personal success as well as the success of the team he coached. The key is finding balance during training. âItâs manipulating the training based on the data you have recorded so that you are never pushing into that danger zone, but also never backing off and under-utilizing your talent. Itâs a very fine line and thatâs what Big Data is enabling us to finally do.â

When used accurately and efficiently, it is thought that Big Data could vastly extend the careers of professional athletes and sportsmen well beyond the typical retirement age of 30, with the right balance of diet and exercise, and avoiding injury through over-exertion. Christopherson spoke to me from Hollywood, where he is trying to finalize a distribution deal for a new documentary called âPersonal Gold,â that tells this amazing story in much more detail. The Optimized Athlete program has also been turned into an app (OAthlete), which will be made available to early adopters from June 18th.

To read the original article on Forbes, click here.